What is a Loveseat and Why is it called a Loveseat? 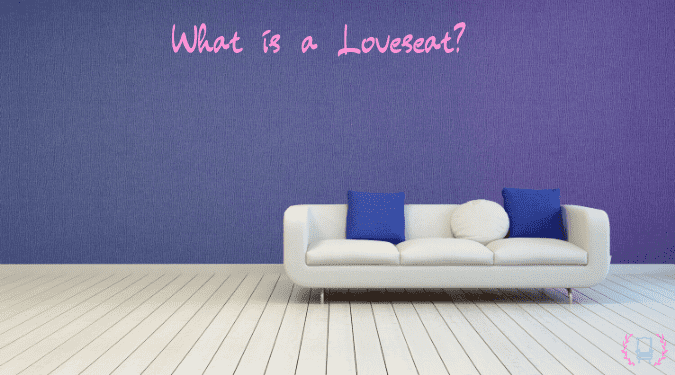 Like enjoying some time up close with your loved one? Want to furnish up your living room on a budget? Or just don’t want to take much space in your house with new furniture?

For any of these reasons, a loveseat is your best bet.

It’s one of the most popular pieces of furniture, as it looks almost like a couch but with a few small differences.

If you don’t know what is a loveseat and want to find out – here we’ll tell you all about it.

What is a Loveseat?

A loveseat can be either a couch with enough space for two people or a two-seat chair.

Typically, however, a loveseat is a mini sofa. And it commonly boasts two seats. Its primary purpose is to host two people comfortably.

Loveseats are excellent for spaces where larger sofas won’t fit. They’re also ideal to complement larger and smaller couches of the same size. And some people prefer loveseats in bedrooms than sofas.

But when you look back at their history, they weren’t like sofas today but more like a one-piece chair with two seats. It had an “S” shape, which made the seats face each other. And they had the same frame.

So it is safe to say that loveseats are any type of chair with two seats. Be it metallic, upholstered, or even plastic. And no matter whether they’re for a garden, club, park, or living room – a two-seat chair is a loveseat.

But nowadays, most loveseats are just smaller sofas. And they can go anywhere from 40 inches up to 70 inches. Anything smaller than that would be a single chair, and anything larger would be a sofa or bench.

Another thing is that most people still don’t know the differences between a loveseat and couch. If you are one of them, I recommend you to read this article: Sofa vs Loveseat Comparision.

In short, love seats are chairs for two people, and the most typical ones look like sofas.

Why Is It Called a Loveseat?

As you may guess from their name and main description, they’re called this way because they hold two people in the same structure.

Like we said before, they were first arranged in an “S” shaped so the people seating could look at each other while conversing. This design also kept them at hand reach, making them ideal for intimate conversations. And that’s why the term loveseat was popularized.

Other forms of saying loveseat includes courting bench, conversation chair, kissing bench, and so on.

Supposedly, the loveseat was first designed to host women with puffy dresses that would otherwise feel uncomfortable on single-seat chairs.

But sure enough, it became a popular choice among courting couples. Since the 17th century, this divan-like chair was used for romantic purposes over all others.

You can guess the term stayed with the type of chair for a long time. And it became more popularized in the 19th century, were puffy dresses started to become less popular. Thus, couples found these two-seat chairs ideal for their dating.

Even when it is no longer necessarily used for the same purposes, it still holds the same idea behind the name.

What is a T Cushion Loveseat? 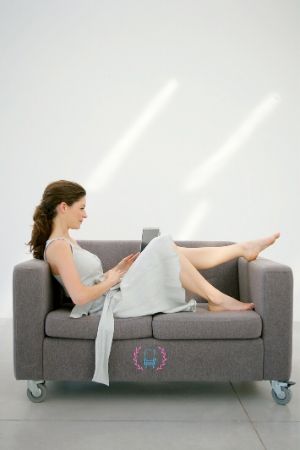 A T-cushion loveseat refers to the type of two-seat sofa with a cushion holding the form of a T.

Whenever you see a cushion on a loveseat that doesn’t look even with the armrests, it is a T-cushion.

What is a Motion Loveseat?

Motion loveseats are all those two-seat sofas that can recline. They’re called motion because of how the backrests can go down backward.

The reclining mechanism on motion loveseats can be manual or electric. Most of the time, however, the term is used for electric models instead of manual ones.

So, did you learn what a loveseat is? Are you looking for one of these? Then you should go and see our list of best loveseats.

You’ll find the highest-quality models out there, ready to take your living room experience to the next level.

The Editor of Comfy Beat, Clara has been our inspiration. Ever since her childhood, nothing makes her happier than spending time in her home, making it the most comfortable place in the world.

She loves to bring comfort and happiness to everyone’s home. That’s why she joined us!